THE MOST STYLISH MINI BIKE EVER: AUTO FABRICA’S TYPE 0.1 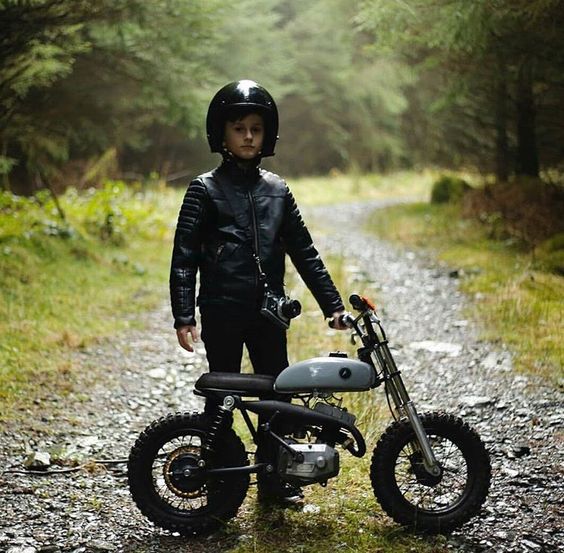 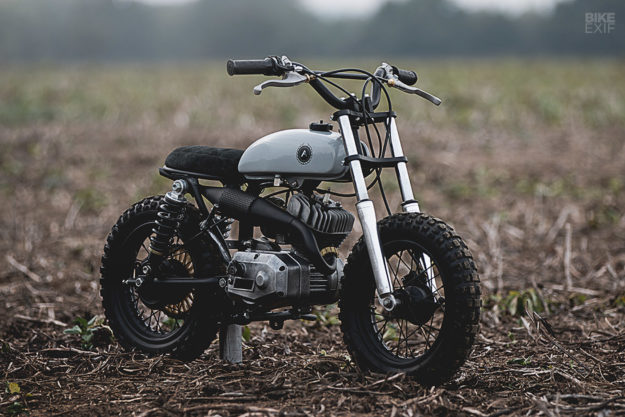 Full Size
Fulfilling a childhood dream as a grown-up is a rare treat. But doing it while you’re still a kid is priceless.

That’s what inspired brothers Bujar and Gaz Muharremi, of English workshop Auto Fabrica, to tackle their first pint-sized build. This is the Type 0.1—a stunning mini bike that turns a young lad’s fantasy into reality. 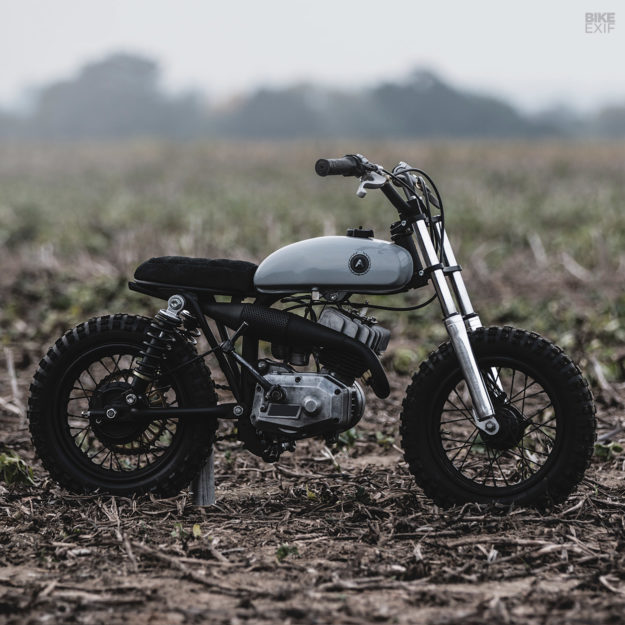 Full Size
“To begin,” Bujar explains, “we needed that pure inspiration only a child could have; a true young adventurer. Luckily we had the perfect candidate—Gaz’s son, Leart.”

“Like many of us, he dreams of total freedom to explore the wilderness, and mix it with a decent dose of adrenaline. Inspired by our Type 7s, he wanted a motorcycle that would go anywhere and look the part. Either in the woods where he can let loose, or in his dad’s garage where he can share the enjoyment of it with his mates.”

Full Size
Despite the Type 0.1’s diminutive proportions, Bujar and Gaz tackled it in the same manner as all their builds. “We find the perfect donor parts, fully rebuild and restore the mechanical elements, and then we hand make, perfect and finish the rest,” says Bujar.

The foundation is an old Italian Franco Morini engine—a single-speed, 50cc two-stroke. “It’s a true classic which some will know from being a kid in the 70s,” says Bujar, “and so it brings an inherited level of nostalgia to the bike at its core.” 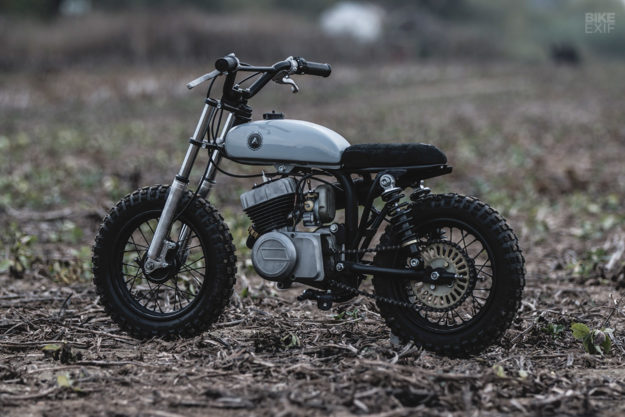 Full Size
“I bought two from an old chap in the middle of nowhere, and absolutely loved the look of them. A full rebuild and fine tuning brought this one back to life, with the distinctive two stroke smell adding to the sensory delights!”

The frame and 10” wheels came from another 70s-era mini bike, along with front and rear drum brakes. The guys cleaned and de-tabbed the frame, then shortened and looped it in their typical style, to accommodate a stubbier seat. Full Size
The rear shocks are custom, and the front forks are retrofitted from a more modern mini bike. Auto Fabrica machined up a new set of yokes for the Type 0.1, kitted with bicycle headstock bearings.

AF have become known for building gorgeous exhausts, so they couldn’t resist the urge to craft something special for Leart’s new ride. They whipped up a new system using a sand-bending process, coupling it with a hand-formed expansion chamber. Full Size
Since the bike is destined for adventure, they deliberately ran the exhaust up and under the seat, with a heat shield to protect the rider’s leg.

The tank’s another scavenged part of unknown origin, and was trimmed down to suit the proportions of the Type 0.1. Just behind it is the smallest custom-made perch that AF have ever produced, hand-stitched in house and tailored to fit the owner. Full Size
As this was Leart’s bike,” says Bujar, “he chose the paint color and hand picked the material he wanted the seat to be trimmed in. Taking inspiration from the Type 2, our second build, he wanted a flat gunmetal grey, but wanted to match this with a black suede seat. We thought this was awesome.”

A new set of knobby tires, and small MX bars wearing nothing but a throttle and two brake levers, round out the spec. Full Size
Since the Type 0.1 is a dirt bike for a rider too young to be licensed, it’ll never go on the street. That meant that Bujar and Gaz didn’t have to fuss with lights or a speedo—and the mass of wiring that accompanies them. So the whole build took about a month, with every ounce of focus going into getting the lines right.

“Once the build was complete,” says Bujar, “we took Leart to the woods and let him loose. He could not believe it was real, that he was riding his own custom bike and was living a sense of freedom he had not quite been able to grasp before.” Full Size
“The reality of this dream for him was gratifying, and it made so much sense to us to be able to do this for more kids (big and little) that have the same dream. We are taking on orders for those who are interested, and yes, we can also build adult bikes to match—one is already in the works!”

It’s a cute bike for sure, but you know what’s really got us jealous? The smile on Leart’s face. That’s one chuffed little lad…